Humans may have to worry about robots taking their jobs, but you know who else should probably be watching their back? Fruit flies! At least, that’s if you’re going by a new robotic creation from researchers at the Delft University of Technology in the Netherlands. They have built an awesomely agile, quad-wing flapping robot, which can exhibit the same kind of winged motion as its insect inspiration.
DelFly’s four wings let it control three axes of flight. With them, it’s able to exhibit some dazzlingly fly-like moves and even a full 360-degree flip. At present, it’s able to fly for only around five minutes, however. That limits its usefulness, but with the proper amendments, this could well change in the future.
Currently, the robot can already carry a small camera, sending live images to the operator, and can fly for more than a kilometre when fully charged
Know more as such at “4th International Conferene on Innovative and Smart Materials”
Book the few slots left as Speakers/Delegates
Submit the Abstracts now http://bit.ly/SmartMaterialsAbstract 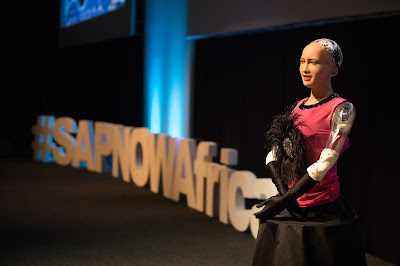 Sophia, the 3-year-old humanoid robot set foot on the African continent for the first time this week. She was created using breakthrough robotics and artificial intelligence technologies developed by David Hanson and his friends at Hanson Robotics in Hong Kong.
Robots are often regarded as objects that are distant from human beings. A closer look at Sophia shows us that robots of the future will mimic human beings in a number of aspects.
It was the intention of Sophia’s creator to close the gap between human beings and robots by creating a robot that could be acceptable to human beings in terms of how it looks and functions.
Sophia is just version one of that creation and she has begun the process of closing the gap between humans and robots in terms of her physical appearance and her function. An analysis of Sophia helps us understand the current capability of robots and what they will do in the future in terms of their interactions with human beings


Every human being has the citizensh… 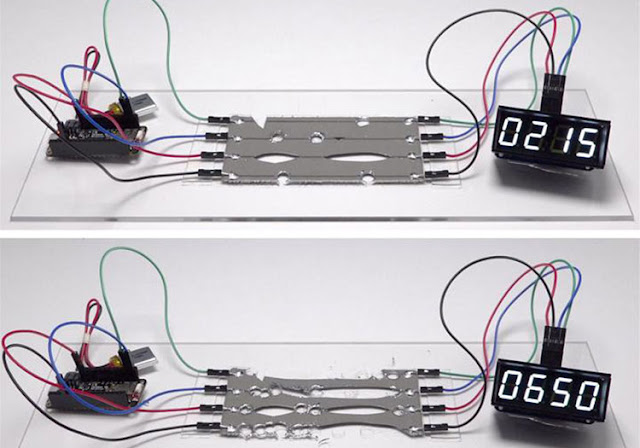 Conductive composite a cut above

A composite material (also called a composition material or shortened to composite, which is the common name) is a material made from two or more constituent materials with significantly different physical or chemical properties that, when combined, produce a material with characteristics different from the individual components. The individual components remain separate and distinct within the finished structure, differentiating composites from mixtures and solid solutions. The new material may be preferred for many reasons: common examples include materials which are stronger, lighter, or less expensive when compared to traditional materials. A research team from Carnegie Mellon University (CMU) in Pennsylvania have created an electrically conductive material which remains operational even after sustaining physical damage. Published in the journal Nature Materials, the CMU team outlines the potential for this stretchy material to be one day integrated w…

Top 3 Reasons : Why you should attend International Conference at Osaka in Winter ?